Matt Mills has shared this information and photographs.

Wolverhampton’s landscape had a First World War memorial created that is located on the Birmingham New Road at Lanesfield. Importantly, the Tree Avenue of Remembrance is believed to be the longest surviving near-complete row of trees, and is located in Wolverhampton’s section of Coseley between Rookery Road and just south of Meadow Lane. Both Dudley and Wolverhampton Councils have re-planted along the Birmingham New Road in recent years, with Dudley Council planting all the way to the historic Coseley Council boundary at Priory Road.

All the trees from Parkfield Road to Priory Road make up the Avenue of Remembrance, some are original (1928) and some are replacements, either planted while Coseley Council still existed or more recently planted by Dudley and Wolverhampton. 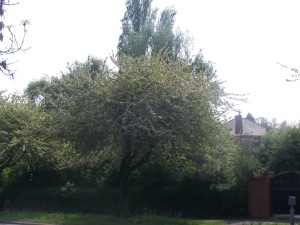 One of our readers has shared details of her granddad:

Harry was born in Doncaster in 1873, the son of John Stocks. He first enlisted with the King’s Own Yorkshire Light Infantry  on 27th September 1895, and served in South Africa between 1899 and 1903. According to his service records, he faced various disciplinary actions, including imprisonment by his Commanding Officer and forfeits of pay during his service. He was also awarded 2 South African Medals with 4 clasps, serving in Belmont, Wittenburg, and Transvaal. On the termination of his engagement, he was discharged on 16 September 1907. He attested again on 24 December 1907, and was again discharged on the termination of his engagement in December 1911. From 1903 until 1911 he served in the Reserve. On his 1911 discharge, his new address is stated as 18 Rookery Road, Lanesfield, Wolverhampton.

At the age of 40, he reenlisted on 28 August 1914 (number 2051). His trade was given as labourer. He served in France from November 1914 until April 1915. He was wounded, receiving a bayonet scar to the left side of his face, and having his left shoulder blown away. There is a letter on his service record stating that he was “lying seriously ill” in the 1/4th Northern General Hospital in Lincoln. However, he recovered, and on 29 April 1916, he was transferred to the Royal Defence Corps (number 43063). He was demobilised on 29 March 1919. He was awarded the 1914 Star, the British War Medal and the Victory Medal.

On 5 June 1910, he had a daughter, Muriel, and he married Muriel’s mother, Mary Hyde, on 17 August 1918, at Christchurch, Coseley. The couple had two more children, William and Constance, in 1920 and 1921. They may have had other children in between, but I have not been able to confirm further details.

His granddaughter is keen to find out about any other battles or locations where he might have fought, so if anybody is able to find out additional information, please let us know!